A solemn, symbolic, and auspicious way to welcome the New Year 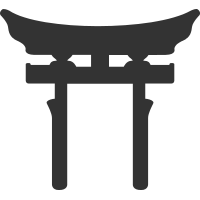 Many businesses and offices remain closed from the 29th of December until the 3rd of January and people are used to travel visiting families, relatives and friends. Contrary to the Western World “partying customs” the New Year in Japan is mostly a calm and solemn celebration that is observed at a family level, while the majority of the Japanese chose to engage in traditional rituals and customs.

The followed rites are characterized by an interesting fusion of newly adopted ideas, older beliefs, and perceptions affected by the Shinto and Buddhist religion. Among others, the welcoming of the New Year suggests rituals that are targeting to attract Gods and spirits, pray for safety, health and good fortune, as well as initiate a fresh start. Gestures with auspicious significance, traditional food, and symbolic gift and money exchanging make the Japanese New Year a highly anticipated period for the whole population.

Visiting Japan during the New Year is a good opportunity to get a deeper insight into the Japanese culture and those who are privileged to be hosted by a Japanese family or a friend have the chance to experience a series of symbolic rites. In any case, visiting a Shinto Shrine or a Buddhist temple is a highly recommended activity that adds to the spiritual notion of the occasion. Being at the bell-ringing ritual of major temples at midnight on the 31st of December and observing the first sunrise of the year can be only some unforgettable moments of the Japanese New Year festival.