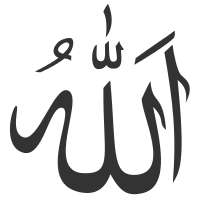 Ramadan is the ninth and the most sacred month of the Islamic lunar calendar. It is dedicated to the commemoration of Prophet Muhammad’s first revelation and it is observed by all Muslims as a period of fasting, praying, self-reflection and common celebration. Given that the Islamic lunar year is 11 days shorter than the solar year, Ramadan is a movable festival that falls 11 days earlier each following year. It lasts for 29 or 30 days depending on the visual sightings of the crescent moon and it involves a series of distinctive customs and rites followed extensively by Muslims at a worldwide level.

One of the Five Pillars of Islam

The term Ramadan derives from the Arabic word ramida or al-ramad that means “scorching heat” and “dryness”. As a religious occasion, Ramadan encourages the improvement of the faithful’s self-discipline and promotes the reaching of a deeper connection with religion and Allah. Fasting, charity, reciting the Quran, praying, and abstaining from bad habits and other human pleasures are some of the major commandments to follow during the feast. More specifically, Ramadan fasting is considered as one of the Five Pillars of Islam. This fact makes its observance obligatory to every Muslim to such an extent that in some Muslim countries, failing to observe Ramadan fast is a crime.

A strict fast from dawn until sunset

The strict fast that characterizes the Ramadan period is followed from dawn until sunset. The believers abstain from eating and drinking (even water) during the daylight period. However, this does not apply for young children, pregnant women or females on their menses, as well as people who are sick or too weak. At the end of each day, the fast is broken with a festive meal called Iftar, and visiting relatives and friends is also customary during the evening. During Ramadan, a night prayer (Tarawih) is added to the five daily prayers carried out by Muslims. The 27th day of the month is observed as Layat al-Qadr and refers to the night when Muhammed received the Holy Quran, while the end of Ramadan is highlighted by the three-day celebration of Eid al-Fitr where family and friends gather for festive meals and gifts are given to the poor.

Being a visitor to a country of the Muslim world during Ramadan can be slightly challenging since the fasting routines sometimes affect even some touristic spots, but at the same time, it is an extraordinary opportunity to participate in exclusively festive meals and explore the significant role of religion in cultural and societal level.