A mystical and superstitious welcoming to spring. 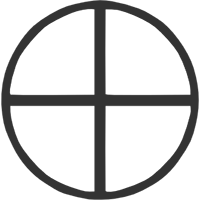 Walpurgis night is a distinctive ritualistic celebration that is observed annually on the 30th of April in various parts of central and Northern Europe. Its name derives from Saint Walpurga, an English nun and missionary who spread Christianity in Germany during the 8th century. Parallel to that, the festivity includes a series of customs and rites with direct association to ancient pagan celebrations related to the winter farewell and the welcoming of spring.

The roots of Walpurgis night can be traced to pre-Christian North European and Scandinavian festivals that were glorifying nature’s fertility through highlighting the revival procedures of the upcoming spring. After the arrival of Christianity, the official church attempted to decrease the influence of those pagan traditions and as a result, the old rites were fused with the legend of Saint Walpurga. Thus, the feast occurring on the last day of April was dedicated to the commemoration of the canonization of Saint Walpurga. In this way, the festivity acquired the official status of Christian holiday but the ceremonial core of the event maintained its ancient pagan character and rites.

A closer look into the beliefs and the folklore associated with Walpurgis night reveals plenty of remarkable similarities with Halloween. According to some traditions, it is a period when witches and other evil spirits would wander among people, thus the practice of dressing up in scary costumes and making loud noises that would chase them away was developed. Bonfires, folk songs, and pranks among community members became also typical characteristics of the celebration through the centuries.

The modern Walpurgis night celebrations are highly anticipated at a societal level since they involve events that merge the mystical notion of old pagan beliefs with joyful common festivities in parks, streets, and outdoors. The festival is an absolute highlight both for locals and visitors mainly in countries like Sweden, Finland, and Germany as well as in Chech Republic, Slovenia, and the Baltics.